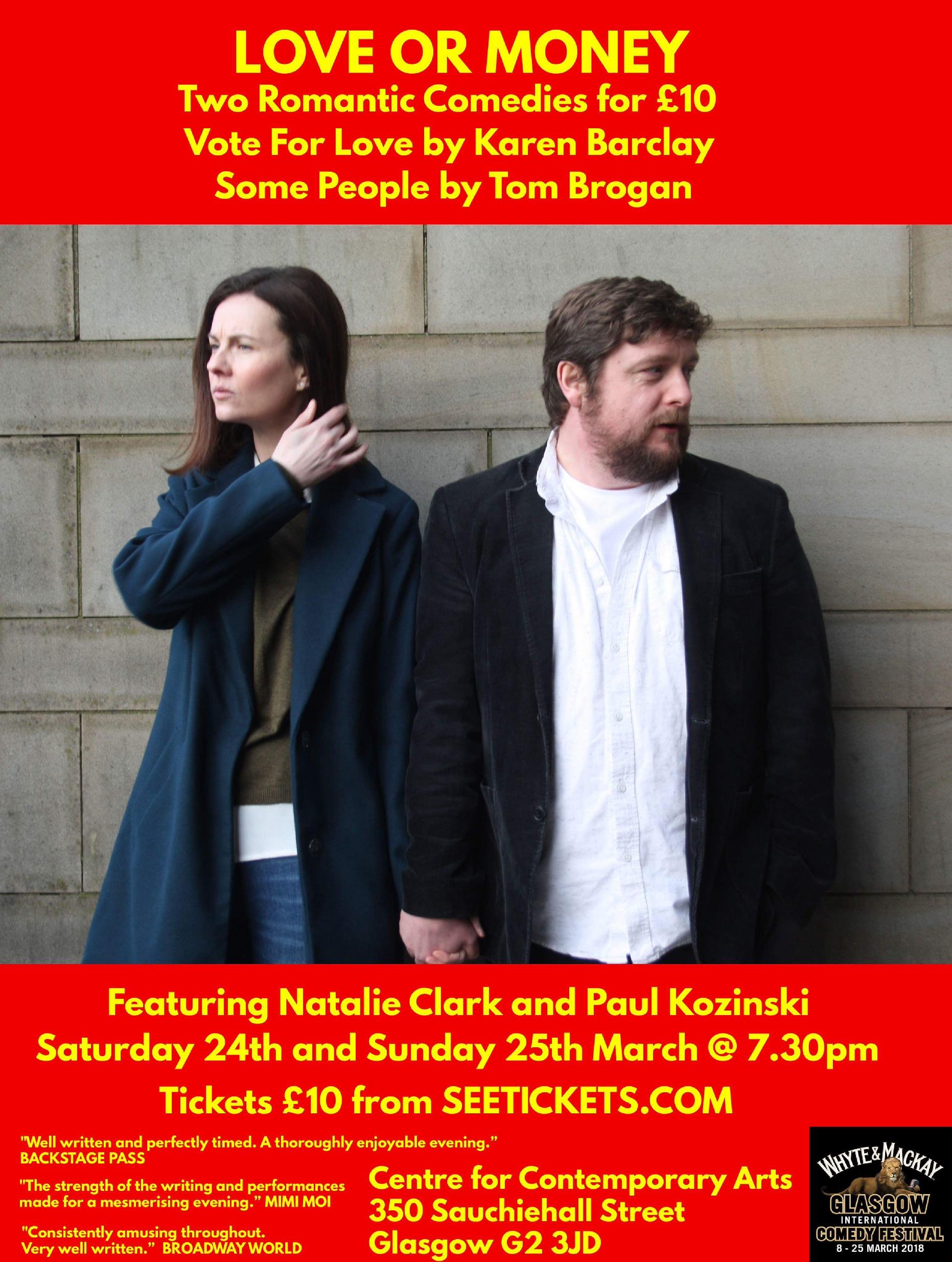 Love or Money was a double bill of plays that first played as part of the 2017 Glasgow Live International Comedy Festival.

A scatty by-election candidate risks her campaign when she falls in love with her brother-in-law. Suzi Love, an internet vintage fashion seller, arrives in Hartston to scout out the locals for her sister, Pamela – who is standing in the local by-election. She meets her landlord, Archie Harris, who also owns the local community garden that’s threatened by a proposed high-speed railway – while taking note that this is the issue that most angers the town she’s shocked to discover that Archie is Pamela’s fiancé. Family secrets are threatened as Suzi discovers herself in the centre of a bitter political campaign.

When single parents David and Ruth are called to see the Headmistress after their children are involved in a fight they find themselves at loggerheads. But when they're placed on the School Board together they realise that they have more in common than they first thought. Some People is a gentle Rom-Com that looks at the anxieties and insecurities of two single parents doing their best for their children while continuing to doubt themselves.

There are reviews from Mimi Mori, Broadway World and Backstage Pass.

The Vote for Love trailer is below.